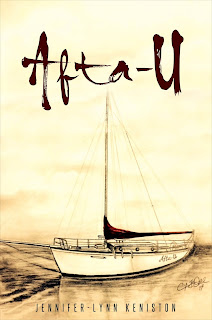 Michael’s smile broadened. “It seems you’re surprised to see me, Jean. Don’t tell me you thought that they’d leave an eleven-year-old boy locked away forever.”

Twenty-nine years after the tragic death of her childhood best friend, Hope, Jean Cartwright Rhodes returns to her hometown with her husband and daughter after she inherits the house her friend’s family once lived in. Now, years later, she finds herself haunted by a dark truth – and by the specter of Hope herself.

Every time Jean looks through her kitchen window, she sees two stark reminders of her troubled past; the Afta-U sailboat, ironically named after young Hope, and the old oak tree where her eleven-year-old friend met her death at the hands of another child.

Afta-U unfolds as a psychological chess match, a complex web of intrigue, unexpected relationships, lies, and devastating secrets as Jean stuggles with the impact of decisions she made long ago on all the lives around her. When Jean confronts and tries to come to grips with Hope’s killer, she finds herself waging a personal battle between madness and redemption. 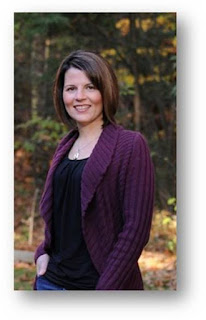 Jennifer-Lynn Keniston:
Raised in Hanson, Massachusetts, the author earned a Master of Arts degree in English, from Bridgewater State College in Massachusetts, and a Bachelor of Arts degree in English, with a concentration in writing and a minor in philosophy, from Plymouth State College in New Hampshire. Jennifer-Lynn currently works as a project manager for a company that provides cloud software products for call centers at small, medium, and enterprise companies. In April 2014, she started her own business, Ansel Resume Resolution Services LLC, writing resumes and cover letters. She now lives and writes in Concord, New Hampshire, and enjoys teaching Spinning classes in her free time.

It’s amazing sometimes what the heart and soul can endure, and the characters in the novel Afta-U are definitely a testament to that. When the main character, Jean, moves into her best friend’s childhood home, she wants to feel connected to the innocence of her early years and the good memories of Hope, her best friend who tragically died at the age of eleven. Unfortunately, it doesn’t turn out that way.

As a parent, reading the details of Hope’s death was terrifying, especially seeing how quickly something meant to be a game can spiral out of control. The memory of that event is something Jean buried deep within herself and never truly confronted. But now she’s sharing Hope’s childhood home with the ghost of Hope herself, a solemn figure who doesn’t speak.

Constant reminders of you swirled around me every day. I could hear your laugh in the physical walls of my current house and the land itself, haunting echoes of my childhood memories of you.

The paragraph above is an example of how Jennifer-Lynn Keniston’s lyrical prose draws the reader in from the opening pages, along with the use of symbolism and the complex and often complicated nature of human relationships. The characterization is also excellent—I loved the character of Nick, Jean’s husband, and I loathed the two villans, Damian and Michael.

I think many of us can relate to the feeling of being overwhelmed by a traumatic event in our lives, and how it can make you want give up and stop fighting, even if just for a little while. Afta-U is a heartbreaking tale of the loss of childhood innocence, and how the emotional scars can find a way to resurface no matter how much time has passed. But it’s also a testament to how a person can heal if they can hold on to their faith and have a strong support system to lean on.

As a bonus, the author is also a talented poet, and poems that add depth to the story are interspersed throughout the novel:

Learn more about the inspiration behind the book in this interview at WOW! Women on Writing.

Renee, thank you for the wonderful review and for hosting me on my book blog tour!