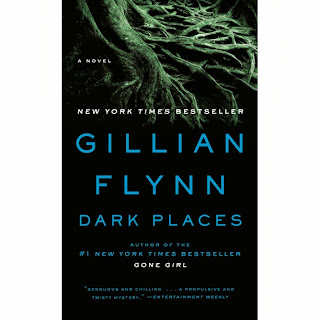 It's been awhile since I came across a book that I could not put down. Gillian Flynn's Dark Places appropriately cured me of that. I did so much reading over the weekend while on an anniversary getaway with my husband that I suffered from what I can only describe as a "book hangover" afterward. Have you ever had one of those?

I have yet to read Gone Girl, but it is on my wish list! However, I have read both Sharp Objects and now Dark Places after stumbling across them at my local library. I had a hard time putting down Sharp Objects as well but I did manage to guess one of the major plots early on. I also really disliked the protagonist in Sharp Objects, who was such a raging alcoholic I was afraid I was going to end up with alcohol poisoning by osmosis. With Dark Places, I kept thinking I had everything figured out but along the way there would be a small twist to alter my original guess.

Synopsis:
Libby Day was seven when her mother and two sisters were murdered in “The Satan Sacrifice" of Kinnakee, Kansas.” She survived—and famously testified that her fifteen-year-old brother, Ben, was the killer. Twenty-five years later, the Kill Club—a secret secret society obsessed with notorious crimes—locates Libby and pumps her for details. They hope to discover proof that may free Ben. Libby hopes to turn a profit off her tragic history: She’ll reconnect with the players from that night and report her findings to the club—for a fee. As Libby’s search takes her from shabby Missouri strip clubs to abandoned Oklahoma tourist towns, the unimaginable truth emerges, and Libby finds herself right back where she started—on the run from a killer.

Warning. This book is not for the faint of heart. It chronicles the massacre of a family, and because there are characters in the novel devoted to worshipping Satan, there is one disturbing scene of an animal sacrifice, which was difficult to read. Luckily it was over pretty quickly so I was able to move past it and it did help to illustrate the complete insanity of one of the major characters. The book successfully chronicles the 1980s "satanic panic" era and I could definitely see hints of Damien Echols of the West Memphis Three in the character of Ben, although the murders both boys were accused of were completely different.

Flynn writes crazy women well, there's absolutely no denying that. The opening sentences of Dark Places hooked me right in:

I have a meaness inside me, real as an organ. Slit me at my belly and it might slide out, meaty and dark, drop on the floor so you could stomp on it. It's the Day blood. Something's wrong with it. I was never a good little girl, and I got worse after the murders.

Part of the book is narrated in first person by the character of Libby, and alternating chapters are told in flashbacks from viewpoints of various characters such as Libby's mother and brother on the day of the actual murder. When done well, it's a device that really works, and it's part of what hooked me with this book.

Have you read any of Gillian Flynn's novels? Which did you like best?
Posted by Renee Roberson at 8:42 AM No comments: 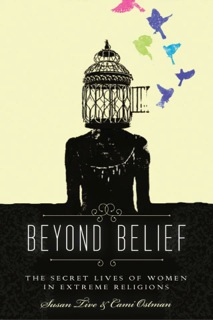 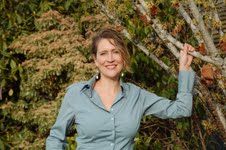 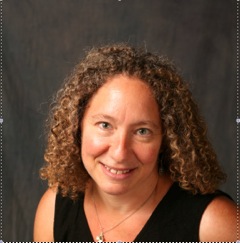 Posted by Renee Roberson at 4:00 AM 3 comments: