Have you ever wondered what would happen if someone close to you was murdered and the killer imprisoned and possibly put on death row? Would you feel justice had been served or would you extend the killer a grace he did not give to the victim?

Today I'm hosting a review of the riveting novel, A Killer's Grace by Ronald Chapman, as part of his blog tour with WOW! Women on Writing. You can read an interview with Ronald Chapman here.

Special thanks to Crystal Otto at WOW! Women on Writing for organizing this tour and for Tange Dudt for providing the review below. 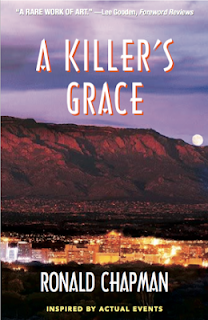 About the Book:
From the high desert of New Mexico comes a tale of mystery, murder and redemption. When journalist Kevin Pitcairn receives a disturbing letter from a serial killer, he is drawn into a compelling journey with profound psychological and spiritual implications, not just for the murderer, but for himself and society as a whole. As he tries to investigate and then tell the story, he finds himself battling his own inner demons and sordid history. Events conspire to propel an isolated matter to a national stage and audiences that are increasingly hostile. Forced to explore the roots of human psychology and sanity, Pitcairn must navigate moral and philosophical realms. What is the nature of evil? What powers of choice do humans actually possess? How may we be redeemed? And in the end, how do we reconcile with ourselves?


A Killer's Grace is available at Amazon, Barnes and Noble, and IndieBound. 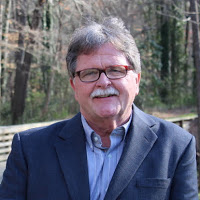 About the Author: Ronald Chapman is owner of an international speaking and consulting company, Magnetic North LLC. In addition to international accreditation as a speaker and national awards for radio commentary, he is the author of two novels, My Name is Wonder (Terra Nova Publishing, 2016) and A Killer's Grace (Terra Nova Publishing, 2016 and 2012), two works of non-fiction, Seeing True: Ninety Contemplations in Ninety Days (Ozark Mountain Publishing, 2008) and What a Wonderful World: Seeing Through New Eyes (Page Free Publishing, 2004) and the producer of three audio sets, Seeing True: The Way of Spirit (Ozark Mountain Publishing, 2016, 2005), Breathing, Releasing and Breaking Through: Practices for Seeing True (Ozark Mountain Publishing, 2015), and Seeing True – The Way of Success in Leadership (Magnetic North Audio, 2005). Ron provides a wide array of social media content at www.SeeingTrue.com, content for people in substance abuse recovery at www.ProgressiveRecovery.org, and other content from his master site, www.RonaldChapman.com. He holds a Masters in Social Welfare from The University at Albany (New York.) Prior to his relocation to Atlanta, Georgia in 2008, he was a long-time resident of Albuquerque, New Mexico.

Ronald can also be found online at:


Tange's Review: The protagonist, journalist Kevin Pitcairn, receives a letter from a serial killer claiming to have a mental disorder which caused him to kill. As Kevin starts to dig deeper, it takes him on a journey he least expected. At first glance, I thought this novel was just going to be about a journalist trying to get a serial killer off death row claiming to having a mental disorder, discussing the topic of nature vs. nurture, asking if the serial killer was made this way due to external influences or was he born this way.

I was wrong. The book is so much more than this! It does discuss that topic asking if it's okay for society to 'kill the killer' or should we try to find another way to break the cycle of violence. This book also examines the act of forgiveness, not only of others who may have inflicted pain, emotional or physical, but of oneself which tends to be the hardest. The author has you looking at the word innocence in a different way asking if we as a society can regard the most hateful person as being innocent of their actions. Honestly, I do not know how I would feel or what I would do if I was put in a situation where I lost a loved to a heinous crime, but this book has definitely given me something to mull over.
Posted by Renee Roberson at 4:30 AM 2 comments: