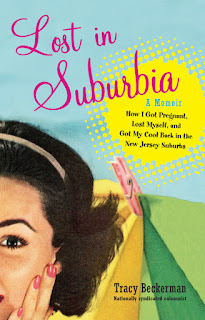 A few months ago I had the pleasure of meeting author and syndicated humor columnist Tracy Beckerman via social media. Oh, social media, how would I meet people in my field otherwise? That's a whole other story. Anyway, I was thrilled when I received an invitation in my inbox to Tracy's launch party for her "momoir" Lost in Suburbia. Yes, thanks to the fabulous reputation of Charlotte area writers and bloggers, we made the short list of six cities on her book tour!

However, I was a little confused when I saw the location was at a place called The Blo Out on Sharon Road. What exactly was a "blow out?" I thought to myself. I figured the location was some sort of salon or spa and intrigued by the thought of meeting Tracy in person and learning more about her book, I RSVPd.

Then, interestingly enough, in keeping with the theme of Tracy's book, I had to make my way out of suburbia in order to find said blow dry bar. Navigating I-77 around 6 p.m. during a weekday is never a fun time, but I finally made it. Inside, I found Tracy, many area bloggers, the event sponsors, and several women seated in chairs getting their "blow outs," which are basically wash-and-blow-dry hairstyles without any cutting. I knew that. My own salon does them, I just don't normally partake in them myself because I'm lazy.

Meeting Tracy was a delight, because in person she's just as funny as her book would lead me to believe. Oh, and I got to sample some yummy cupcakes from Cupcrazed Cakery that were almost too pretty to eat (ALMOST), sip on a margarita and steal a slice of pizza from Mellow Mushroom. This all the night before I was supposed to squeeze into a dress for The Queen City's Mom Prom. I barely got the dress zipped, BARELY!

Anyway, about the book. It gave me many laughs, because while I've never had a great job in television in NYC like Tracy, I did quit a job in public relations to move to the suburbs after having my first child and managed to lose much much of my mojo, which is what Tracy covers in Lost in Suburbia. While I highly doubt Tracy ever looked as frumpy as she described in her book, I know I sure as hell did. Mom jeans, velour jogging suits, stained yoga pants and unwashed hair--yep, I sported that look for many years. Tracy does a good job detailing her journey and though she is a Jersey girl herself now, her exaggerated imitation of her fellow New Jersey housewives is spot on. One of my favorite chapters in her book detailed a trip to a "spa" that she took with some of her girlfriends, complete with bed bugs, food poisoning, and mud treatments that left Tracy with a greenish hue for days afterward. I'm sure we can all relate to road trips that don't turn out exactly as planned, even when the kids aren't with us!

If you're stocking up your tote bag with fun summer reads, add Lost in Suburbia to your list. As Tracy would say, "Oh my Gawd, you won't regret it!"
Posted by Renee Roberson at 10:07 AM No comments:

It's Been a Zoo Around Here!

Wow! It's been a crazy past month. I apologize for being scarce around here. But here is a peek at a few things I've been working on:

I've been playing around with ways writers can use Pinterest to promote their work and aid in the creative process. You can read more about that here.

I helped author Jennifer Richardson launch her memoir Americashire: A Field Guide to Marriage through a WOW! Women on Writing blog tour and am working on organizing a new tour for another author as we speak. Learn more about Jennifer's book at her website.

I turned in two new articles for Lake Norman CURRENTS and am getting ready to begin work on an assignment for July.

We have frantically been working to put out the latest issue of Little Ones magazine, the bi-monthly parenting publication in Charlotte I help write content for and edit.

I'm taking an online children's writing class and diligently revising my YA work-in-progress. Fun and tough!

My family has been traveling a lot, mostly for conference and writing assignment purposes. It's always fun to mix business with pleasure, but I'm looking forward to some lazy June weekends really soon.

What have you all been up to?
Posted by Renee Roberson at 9:36 AM No comments:

Would You Like to Be Part of a Project Involving 100 Book Clubs? 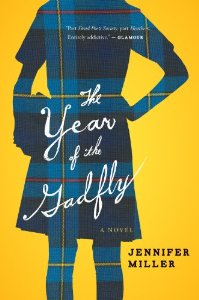 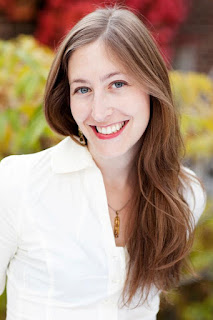 If you are a fan of literary fiction and/or YA, this post is for you. I recently interviewed author Jennifer Miller and she told me about a fun project she is putting together to promote the release of the paperback version of her novel The Year of the Gadfly. Here are the details:

During the month of July, Miller is trying to set the record for the most book club visits in 30 days. Any group of five or more will receive a copy of the book and a 30-minute chat with Miller via Skype during evenings and lunch hours. Participants will also receive entry into her "Prep School Pack" Giveaway, which is a gift pack of Miller's favorite prep-school novels, movies and after-school snacks.

Here is the page on Miller's site where you can find out how your group can participate.

Here is the Amazon description of the book:

Iris Dupont, a budding journalist whose only confidant is the chain-smoking specter of Edward R. Murrow, feels sure she can break into the ranks of The Devil's Advocate, the Party's underground newspaper, and uncover the source of its blackmail schemes and vilifying rumors. Some involve the school's new science teacher, who also seems to be investigating the Party. Others point to an albino student who left school abruptly ten years before, never to return. And everything connects to a rare book called Marvelous Species. But the truth comes with its own dangers, and Iris is torn between her allegiances, her reporter's instinct, and her own troubled past.

Posted by Renee Roberson at 4:11 PM No comments: