Deep in the ocean lies centuries full of secrets. The water—and the creatures that reside in it—has more knowledge than we’ll ever imagine. Civilizations may have disintegrated into the murky waters over time, but the lessons of love, power, and courage of those who dwelled there can still be found in modern society. As the story of Incarnation teaches, there is still much to learn and forgive.


It's been awhile since a book took me on such whirlwind adventure. Join me today as I host author Laura Davis Hays, author of Incarnation, as she tours with WOW! Women on Writing. 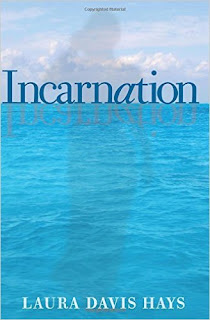 About Incarnation:
Kelsey Depuis, Santa Fe scientist, and Iriel, betrothed on Atlantis to a man she cannot love―two young women bound by a single soul.

In Kelsey’s everyday world, three men shape her life: Myron Crouch, the boss of BioVenture Enterprises; Harrison Stillman, a brilliant colleague of hers there; and Stan Dresser, who twists her feelings with his kisses and lies.

But gradually, growingly, Iriel is shaping her life too. Through dreams and visions, she draws Kelsey into the ancient realm where refusal to marry Gewil has driven her to daring flight with fantastic creatures across a strange and terrible land.

As Kelsey joins other BioVenture researchers testing a new organism on a remote Caribbean island, turmoil and violence darken her fate―and Iriel’s presence grows stronger. Worlds shift and merge, danger grows. Past and present, vengeance and love swirl together as the seas rise up, the seas that once swallowed Atlantis.

Tested in life-or-death struggle, Kelsey must face an ordeal she can survive only through great courage and deep karmic understanding.

Incarnation is available for purchase at Amazon. 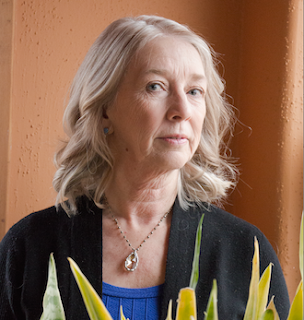 About the Author:
Laura Davis Hays is a California native, the only child of a theoretical physicist and a librarian. Her prize-winning body of work includes a forthcoming fantasy series, the Atlantis Material, and a collection of linked stories set in Denmark, her ancestral homeland, in the early twentieth century. Hays is also an accounting consultant, a performing pianist, a composer, and a skier. She and her husband live in Santa Fe, New Mexico, with their two cats, Rufus and Dexter.

Oh, how I’ve tried to forget that life! A life filled with sweetness, but with terrible sad things too. Did I cause them? Perhaps. For that, I’ve done my penance, once, twice, tenfold. Yet there is something I cannot finish, something that grinds like a bone in the throat. One who once desired me, one who blamed me, will not let go.

From the very first pages of Incarnation, it’s clear that this will be a story unlike any you’ve read before. The images presented are dazzling, sparkling, hopeful but foreboding, and most of all, mystifying. Who is this wise narrator that speaks in the passage above, and how is the protagonist, Kelsey, connected to her?

Incarnation is three intricate stories woven together—there’s Kelsey, her work in the lab at BioVenture and her relationships with colleague Harrison and the magnetic Stan; the ancient tale of Iriel, Gewil, and Jarad in Atlantic; and the culmination of the mysterious scientific project in the isolated island in Belize.

The novel is full of unforgettable characters. As Kelsey opens herself up to her spiritual connection with Iriel, her relationship with the man she is deeply drawn to becomes more complicated, and eventually, dangerous. In my opinion, the last third of the book was hard to put down, when Kelsey joins her fellow scientists and researchers in the secluded island out in the middle of the Caribbean, and her connection to Atlantis becomes even more vivid. Incarnation mixes spiritual and metaphysical themes with science, anthropology, and adventure in a tale as turbulent as the ocean waters that play such a main part of the story.

Want to enter to win your own copy of Incarnation? Visit WOW! Women on Writing to read an interview with Laura and enter before this Sunday evening for your chance to win.
Posted by Renee Roberson at 4:30 AM 1 comment:


Do you have dream writing projects? I've talked before about how I have three unpublished/in the process of revision/manuscripts sitting on my hard drive. I even took one to a writer's conference a few years ago and got very positive feedback on the first ten pages from a fellow YA author. Did I hustle to get the project finished after that? No.

"Well, why not?" you ask. I have plenty of excuses why I don't put forth the effort on my creative writing projects. Here are just a few:


I could go on and on. A few weeks ago I blogged about another dream project I have over at WOW! Women on Writing. I'm obsessed with true crime and missing person cases. I want to one day use my writing skills to create a stunning, compelling, longform piece of investigative journalism, like the articles you find in Vanity Fair.

But I use the excuses above to keep me from doing so. I'm trying to convince myself that with a little time management, and reprioritizing, I can work on the projects close to my heart and still be a good spouse/parent/contractor. I see other writers do it every day, and I know I can, too. I've got a BIG birthday coming up so I'm giving myself the gift of creative expression.

Won't you join me?

Posted by Renee Roberson at 5:55 PM No comments: