A Portrait of Love and Honor - A Novel Based On a True Story by Susan G. Weidener
My rating: 5 of 5 stars

"The emotional life cannot always be captured, is often forgotten, or left to the memory of those who remain behind."

When I first began reading A Portrait of Love and Honor by Susan Weidener, the only fact I knew was that part of the story was inspired by Weidener’s late husband John Cavalieri, a West Point Academy graduate who was never able to fully achieve his dream of a military career. But as I found myself immersed in the pages, I soon came to realize I was actually hearing the voice of a man who was honorable, intelligent, and disillusioned with the institution he had longed to be a part of for so long. In the author’s note at the end of the novel, Weidener shares the story of how John completed his memoir two years before his death in 1994. She spent many years poring over his words and trying to figure out the best way to share them with the world.

She eventually chose A Portrait of Love and Honor as a way to honor John’s memory and share his voice, which I found reminiscent of one of my favorite novelists, Pat Conroy. The novel is unique in that it blends two different stories, one in third person and the other in first. Readers are introduced to Ava, a divorced novelist, former journalist and freelance editor. She meets the character Jay Scioli when he approaches her at a book signing and asks for her help editing his memoir. The chapters alternate between the story of Jay and Ava, as they work on his memoir, and follows their love affair. In between the narrative are the chapters from Jay’s memoir, which follows his life from his entrance into West Point to the years after.

Because I knew the story of Jay Scioli was rooted in true events that occurred in the late 1960s, set against the backdrop of the Vietnam War, I found myself even more invested in book. I felt Jay’s frustration as he dealt with the hazing, the rigorous physical and academic requirements, the constraints of the honor code, and the struggle to fulfill his dream and risk disappointing both himself and his strong-willed mother. When Jay becomes ill in the last year of West Point and sees his dream of military service disintegrating, I wanted to weep along with him.

He writes: "Maybe I learned to live with adversity because of events at West Point. One thing I now know is that adversity taught me true lessons in life."

A Portrait of Love and Honor is clearly a tribute to John Cavalieri, and a beautiful and moving one at that. Weidener has also published two memoirs, Again in a Heartbeat: A Memoir of Love, Loss and Dating Again, and Morning at Wellington Square that I now want to pick up and read. I commend her for sharing her husband’s story in such a beautiful way with A Portrait of Love and Honor.

View all my reviews 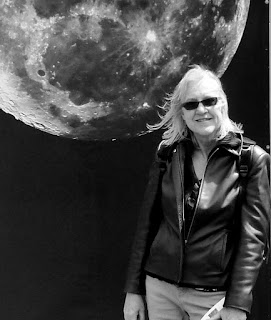 About the Author:
A former journalist with The Philadelphia Inquirer, Susan started the Women's Writing Circle, a support and critique group for writers in suburban Philadelphia. Her novel, A Portrait of Love and Honor, takes the reader from the halls of the United States Military Academy at West Point during the Vietnam War to a moving love story between two people destined to meet.

She is the author of two best-selling memoirs: Again in a Heartbeat, about being widowed at a young age, and its sequel, Morning at Wellington Square, a woman’s search for passion and renewal in middle age. Her work also appears in the critically-acclaimed anthology, Slants of Light, Stories and Poems From the Women's Writing Circle.

Susan offers editing services for writers aspiring to publish their manuscripts. She also teaches writing workshops and is available for talks and lectures on writing life stories. Susan lives in Chester Springs, Pennsylvania. Learn more about Susan at http://www.susanweidener.com.

Posted by Renee Roberson at 9:11 AM No comments: 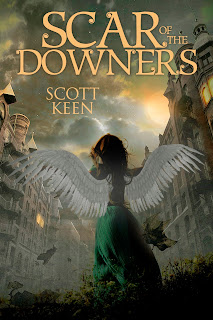 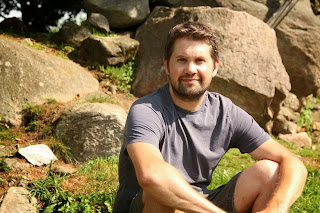 Scott Keen grew up in Black River, NY, the youngest of three children. While in law school, he realized he didn't want to be a lawyer. So he did the practical thing--he became a writer. Now, many years later with an MFA in script and screenwriting, he is married with four daughters, two of whom he homeschools. He blogs at www.scottkeenbooks.com.
Posted by Renee Roberson at 7:55 AM No comments: