Sometimes I wonder who rules our household--my two kids, Mia and Noah, or our two fur babies, Ruby and Sonic. Just last night, I left the rest of my family to attend an event. When I returned, Ruby, our miniature long-haired doxie, trotted into the kitchen to greet me. But instead of a tail wag, I got two sharp barks before she turned up her nose and trotted off. This was her way of telling me my absence during dinnertime and the evening walk was not appreciated.

Today I'm excited to host Barbara Barth in support of her WOW! Blog Tour for A Dog Dreams of Paris: From Rescue Dog to Diva.  Barth adopted five dogs in the nine months following the death of her husband as a way to cope with her grief. Out of all her dogs, April seemed the most reserved when she joined the rest of the pack. One day, during a photo shoot with the dogs, Barth placed a vintage pink hat with a silk rose on April's head. Instead of tossing the hat off, as most dogs would do, April wore the hat with style and grace. From there, the spark of an idea for A Dog Dreams of Paris: From Rescue Dog to Diva was born. I first gave the book to my 12-year-old daughter (also a dog lover) to read. I heard her giggle with enjoyment while turning the pages. Then, it was my turn. As someone who has never traveled to Europe, the amount of information included in the beautifully designed pages of the book impressed me. Below are ten things I learned while reading the delightful A Dog Dreams of Paris: 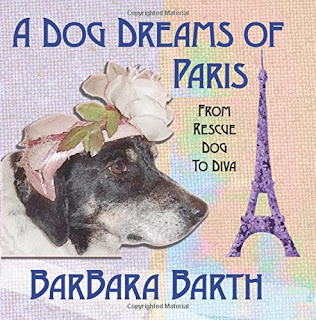 1. The Park du Champs de Mars is one of the most dog-friendly parks in Paris.
2. During the months of July and August, the banks of the River Seine turn into a beach promenade. 3. The first pet cemetery in the world lies just outside of Paris.
4. Thousands of species of pigeons call Paris home.
5. Paris is the "dog poop" capitol of the world.
6. Visitors to the city can find a bird market every Sunday at the Place Louis Lepine on the Ile de la Cite.
7. Author Gertrude Stein, who moved to Paris in the 1920s, owned three white poodles in succession, all named Basket.
8. A portion of the sales for A Dog Dreams of Paris will be donated towards animal rescue.
9. In Paris, dogs are welcome in many public places as long as they are well behaved.
10. You can never have too many dogs. 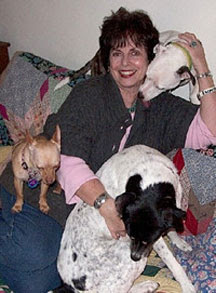 About the Author:
Barbara Barth likes a lot of things: turquoise jewelry, surfing the 'net, and margaritas, to name a few. Then there are the dogs. As many as her house can hold! After her husband died she recorded the year that followed in a series of essays that became her memoir The Unfaithful Widow. She has also written a romance-suspense Danger in Her Words and edited the anthology A Cup of Christmas. When she isn't writing you can find her at the local thrift shops or pounding another nail into the wall to hang the paintings she can't resist. She published a romance novel Danger in her Words before one of her dogs, Miss April in Paris, insisted it was HER turn to write a memoir. Miss April in Paris now refers to Barbara as "my secretary." 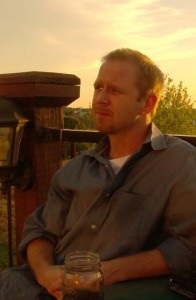 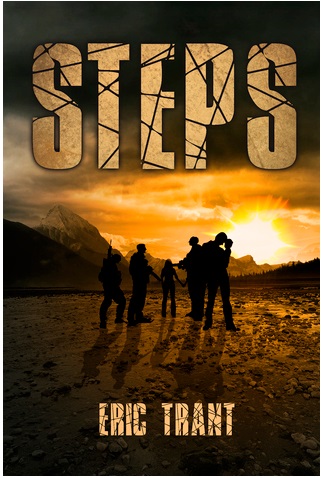 Steps is available as an e-book and paperback at Amazon  .
Posted by Renee Roberson at 4:30 AM 4 comments: