Guest Post: From Nurse to Author by Michelle Dim-St. Pierre

Today I'm happy to welcome Michelle Dim-St. Pierre, author of the romance novel Pinnacle Lust, as part of her WOW! Women on Writing blog tour. She is one of many who has made the bold but satisfying transition from one successful career to that of an author. Learn more about her in this interview and then come back to read about her experiences as she followed the path to publication.

From Nurse To Author
by Michelle Dim-St. Pierre

If someone had asked me ten years ago, where I saw my career heading in the next decade, “a writer,” would not have been the first thing to roll off my tongue.

Even as a small child, I knew that caring for people was my true passion—what I was built for. I remember running around my childhood home with my first toy stethoscope, blood pressure cuff and thermometer, which my family had rather reluctantly condensed into a small leather briefcase for me after tiring of my incessant begging. I practiced and practiced—on them, on my friends, and on any visitor who happened to linger at our house longer than five minutes. Looking back, their reluctance may have stemmed from a weariness of opening their mouths and sticking their tongues out, yet again, instead of the distaste for the gathering of toy medical supplies and leather briefcases for an overly eager child.

No matter, as I grew into adulthood, I followed the path I knew to be most true to myself. I poured my heart and my soul into my studies and eventually my profession. Sometimes the hospital felt more like home than home itself. The sense of order and cleanliness juxtaposed against chaos and distress—all set amidst a regular buzz of activity, soothed my soul in a way that I still find hard to describe with mere words.

Over time, nursing became second-nature. A profession that I loved, and that fundamentally shaped my personality, intellect and emotional development, had finally reached its peak. I knew it was time for a new challenge.

I began to give in to my desire to write.

What started as a hobby—a deviation from my daily work schedule, an imaginative escape into a fantasy world that I could shape and produce as I saw fit—has turned into so much more. A few pages here grew into a few chapters. A few chapters grew into more chapters and before I knew it I had an intricate story and an admirable heroine. I felt like I’d found my second calling.

As I dipped into creative writing, I also had to learn the business side and the logistics of publishing from scratch. As much as writing was a joy it also became a challenge with concrete goals—something that I could pour myself into, and something that I could aspire to, much like I did with my nursing career. 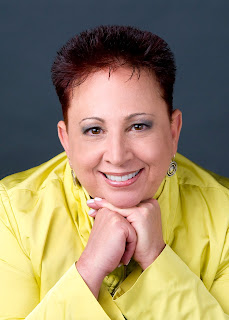 Michelle Dim-St. Pierre was born in Tel-Aviv, Israel, where she spent more than half of her life before relocating to the United States. She lived through four wars and served in the Israel Defense Forces for two years. Unlike her first year of service in an armored division in the Golan Heights, she spent her second year serving in the medical corps where she interacted directly with the injured soldiers of the Peace of Galilee war and their families. This interaction, along with the exposure to the hospital atmosphere, fascinated Michelle and further touched her heart.

After graduating from nursing school with a BS in Nursing in Tel-Aviv, she practiced internationally for 32 years in various positions in the surgical field and quickly advanced into health care administration. During her career she worked in the Operating Room, Recovery Room, and CCU--along with many other duties.

Writing was Michelle's outlet at first, but it soon became her passion. Recently she left nursing and became a full-time writer. Her international background, along with her military and nursing experience is always at the tip of her pen. Her first novel, Pinnacle Lust, starts the Pinnacle trilogy.

Find out more about Michelle by visiting her online: 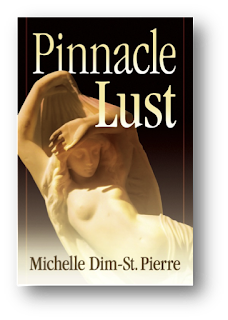 About Pinnacle Lust:
Pinnacle Lust by Michelle Dim-St. Pierre is the story of what happens when there isn't a happily ever after. In a Tel-Aviv hospital during Operation Desert Storm, Sharon Lapidot, a beautiful young nurse, is having an affair with a married doctor. Sharon's colorful and exciting life is ultimately destroyed by powerful and eroding mistakes. But her courage and wisdom lead her to an unregretful commitment. Vividly told, this compelling journey of love and lust, honor and betrayal, loss and redemption, will move you--and perhaps even change you.
Pinnacle Lust is a perfect balance of romance and drama--a great addition to your summer reading list or as a selection for your book club. It invites some spirited discussions on the choices people make and just who is the "villian" in Pinnacle Lust.

Want the chance to win your own copy of Pinnacle Lust for summer reading? Be sure to visit the two blogs below for giveaways: