Everybody's Talking About Sisterhood and The Moon Sisters

Because I am an only child, sisterhood is something I've always longed for and struggled to find. There are days when I'm struggling and wish I had a sister or even a brother that I could pick up the phone and call. It is only within the past few years that I've realized I have had many "sisters" throughout my lifetime--I just didn't see them for what they were at the time.

The girls who took me under their wings and invited me into their homes every time I moved into a new school as a child were my sisters. Some of my fondest childhood memories are sleepovers with my girlfriends, when we stayed up all night spilling our secrets and gorged ourselves on squirty cheese and saltine crackers, chips and salsa and Cheerwine soda. (And to those girls, I also have to say a big "thank you" for putting up with my need to sing Debbie Gibson songs endlessly. I know there are times you probably wanted to throttle me.)


There's another friend I consider a sister who shares my love of all things 80s, including the movies and music from that time period. I can't see the movie "Say Anything" without instantly imagining us cruising along in her mother's Mustang convertible blasting the soundtrack to that movie. As we grew older, some of us fell out of touch over the years, but thanks to social media, we are now able to keep up with each other's lives and continue to reach out and provide comfort and support to one another. Their love and friendship have meant more to me than they'll ever know, and I'll always be grateful for the surrogate sisters I've had in my lifetime.

Sisterhood in The Moon Sisters

In The Moon Sisters, her second novel, Therese Walsh wanted to write about one sister’s quest to find will-o’-the-wisp light, which was her mother’s unfulfilled dream. Also called “foolish fires”, these lights are sometimes seen over wetlands and are thought to lead those who follow them to treasure. Despite the promise, they are never captured and sometimes lead to injury or even death for adventurers who follow them. The metaphor of that fire – that some dreams and goals are impossible to reach, and that hope itself may not be innately good – eventually rooted its way into deeper meaning as the Moon sisters tried to come to terms with real-world dreams and hopes, and with each other, in their strange new world.

Olivia and Jazz Moon are polar opposites: one a dreamy synesthete, able to see sounds and smell sights and the other controlling and reality driven. What will happen when they are plunged into 24/7 togetherness and control is not an option? Will they ever be able to see the world through the other’s eyes and confront the things they fear the most? Death. Suicide. The loss of faith and hope. Will they ultimately believe that life is worth living, despite the lack of promise? The writing of The Moon Sisters was a five year journey and at times author Therese Walsh felt like it was her own “foolish fire." But remember, some fires are worth the chase! 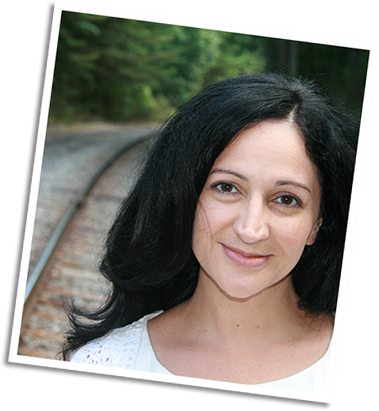 You can check out Jodi Webb's review of The Moon Sisters at the WOW! Women on Writing blog. To  learn more about Therese Walsh, visit her website.

Want the chance to win a free book? As a bonus, anyone who comments on this post or any of the other blogs participating in "Everybody's Talking About Sisterhood" will be entered in a drawing for the opportunity to win a copy of The Moon Sisters. A complete list of participating blogs can be found here. You can enter dozens of times if you like!
Posted by Renee Roberson at 4:51 AM

I love this post, Renee! It's exactly how I feel. I'm an only child as well and always wished for a sister or brother. It's funny though because most of my friends who have siblings are not close to them at all! So I value my friendships with close girlfriends. I have one friend I've known since high school--and we both share the love of all things 80s (class of '89! LOL)-- and we still live fairly close to one another. When I see her it's like no time has passed. :)

Renee, I hope you've forgive my tardy response to your post. "Surrogate Sisters." I love that. I think all women should have sisterly friends even if they missed out on blood sisters. You'll get all of the benefits without wondering who took your favorite pair of jeans. ;-)

Thank you for being a part of Everybody's Talking About Sisterhood. I appreciate your time and your post. I hope you have the chance to read The Moon Sisters at some point, and that if you do -- and if you enjoy it -- you'll share the book with a sister.