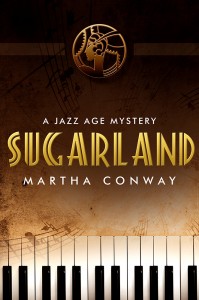 If you're in the mood for a good historical fiction novel full of intrigue, mystery, and a bit of romance, you've come to the right place. Today I'm hosting award-winning author Martha Conway as she tours with WOW! Women on Writing in support of her latest novel, Sugarland. Below is a synopsis of the book:

Follow in the steps of talented young pianist Eve Riser who is caught in a drive-by shooting that kills the bootlegger standing next to her, she forms an unlikely friendship with the bootlegger’s sister, Lena. Eve is looking for her missing stepsister, a popular night club singer who has been missing since the shoot-out, and Lena wants to find out who killed her brother. Together these two women navigate the back alleys and jazz clubs of the Roaring Twenties, encountering charismatic managers, handsome musicians, and a mysterious gangster called the Walnut who seems to be the key to it all.

Sugarland is available for purchase through Amazon, Barnes and Noble, and IndieBound. 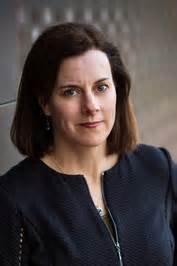 About the Author:
Martha Conway’s debut novel 12 Bliss Street (St. Martin’s Minotaur) was nominated for an Edgar Award while Thieving Forest won an Independent Publishers Book Award, the Laramie Award, a Reader’s Choice Award and the 2014 North American Book Award in Historical Fiction. Her short fiction has appeared in The Iowa Review, The Mississippi Review, The Quarterly, Folio, Puerto del Sol, Carolina Quarterly, and other publications. She graduated from Vassar College and received her master’s degree in Creative Writing from San Francisco State University. She has reviewed fiction for the San Francisco Chronicle, The San Francisco Review of Books, and The Iowa Review. The recipient of a California Arts Council fellowship in Creative Writing, she has taught at UC Berkeley Extension and Stanford University’s Online Writers’ Studio.


Historical fiction is not a genre I normally pick to read, but I do enjoy a good look back into a snapshot of history from time to time. Sugarland was an action-packed novel from the very first page and I quickly found myself turning the pages to see where the story would lead. Simply put, I would best describe it as being an engaging story first with snippets of a fascinating era in our history woven throughout.

I loved the strong female characters in the story—Eve, Chickie, and Lena, and how they each chose to navigate the hands they had been dealt in a male-dominated era. Lena was probably my favorite, with her generous nature, determination to find out who murdered her brother Rudy, and her willingness to help Eve and Chickie even though most people they passed on the street didn’t think white and black women should be speaking to one another.

You can tell Martha Conway spent a great deal of time on research for this novel, but it doesn’t overwhelm the reader. I have read historical fiction novels that spent so many pages describing all the items found in an antebellum kitchen that I found myself bored and losing interest. Sugarland does the opposite of that. The unlikely friendship between Lena and Eve makes for a great storyline, as does the music and the backdrop of the Chicago jazz clubs. Never before have I heard music described in such a way as this:

The music became furious. Lena leaned forward. The sax asked a question, the piano answered, but apparently not to the sax’s liking because it asked the same question again. The two battled it out.

The main characters found themselves in many perilous situations that left me gnawing on my fingernails and wondering how they would get themselves out of danger safely. The only issue I had with the book (besides an ending that I did not see coming!) was that I found it hard at first to keep track of all the club owners, musicians, and bootleggers, as most of them were intertwined with one another in some way. Once I clarified who Nathan Cobb, The Walnut, Travis, Moaner, and Pin were, it was a little easier to figure out who was double crossing whom. I highly recommend Sugarland to anyone looking for a good historical fiction mystery with strong female characters and an appreciation for the healing power of music.

Want to win your own copy of Sugarland? Visit this link to read an interview with Martha and enter the Rafflecopter giveaway at WOW! Women on Writing.
Posted by Renee Roberson at 4:30 AM