Book Review: God and Other Men: Religion, Romance, and the Search for Self-Love 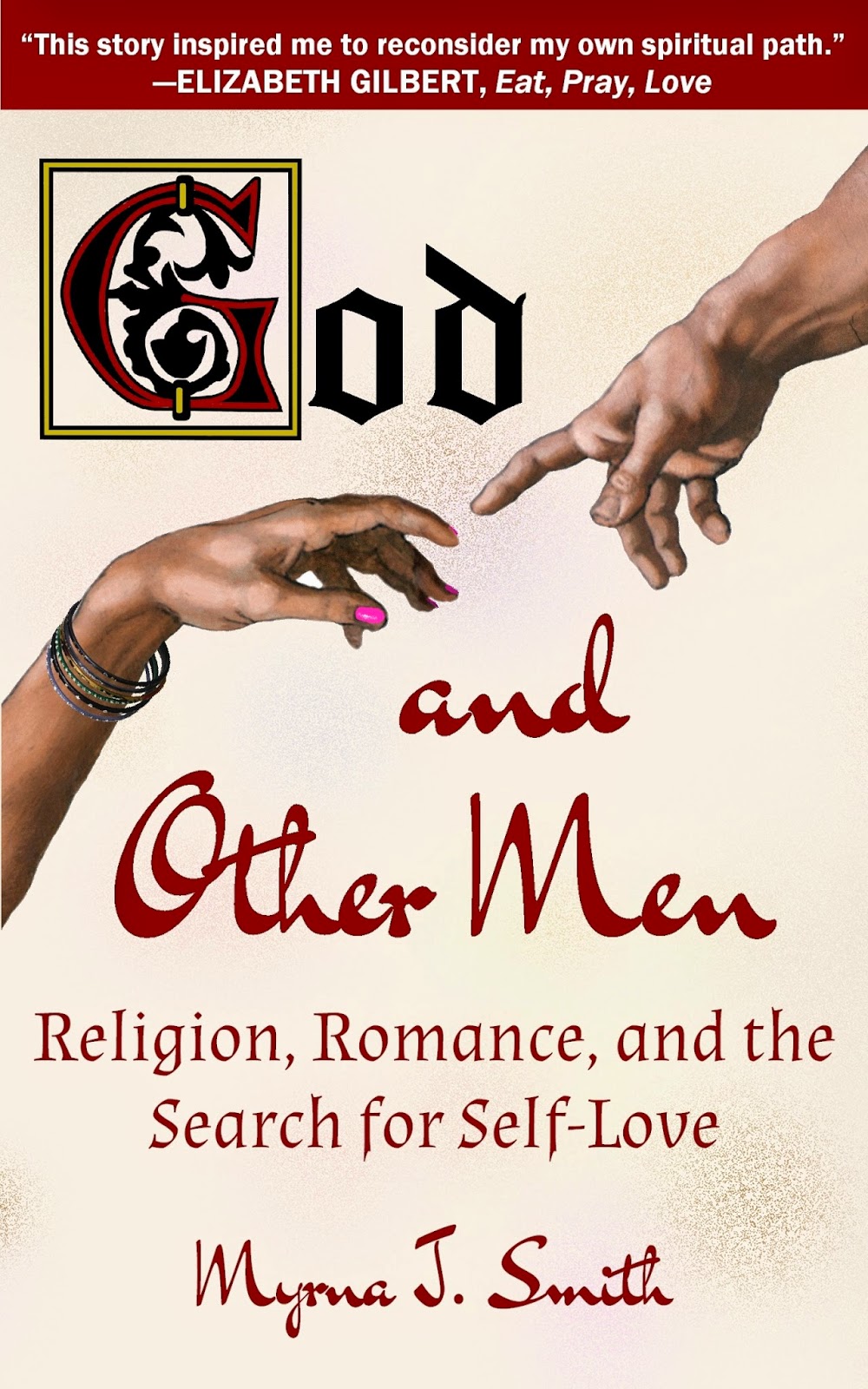 I first became acquainted with Cape House Books last year when I organized a blog tour for journalist and author Lorraine Ash, in support of her spiritual memoir, Self and Soul. When Lorraine contacted me to tell me about Myrna Smith's book, God and Other Men, also published by Cape House, I had no doubt it would be as compelling and intelligently written as Self and Soul.

About God and Other Men:

On the February night her husband left, Myrna Smith felt the old demons of abandonment stir her soul. In God and Other Men, she takes us on an earnest but circuitous walk toward enlightenment, from adventures at a Japanese zendo and with Indian saints to a backwoods medium and a new lover. Eventually she glimpses the holy grail of self-acceptance but not at all in a way she expected.

About the Author:
Myrna J. Smith, EdD, is a retired professor of English and comparative religions who continues to travel and explore the world's spiritual traditions. God and Other Men is her first book.

Review:
First of all, I love the concept of God and Other Men, and think Smith did a great job organizing the narrative. Instead of being simply a story of one woman's life per se, told from childhood to the present, she begins the memoir by describing how her quest for spiritual comfort began after her marriage of 17 years dissolved. She recognizes the patterns in her life--during the times when she was fulfilled romantically, such as when she met her beloved partner Charlie, her study of religion would take a back seat.

What endeared me most about Myrna is that she recognized her personal demons (feelings of abandonment, fear of being alone, the need to boost her self-esteem by excelling academically) and searched the meaning behind spiritual texts and her own patterns of behavior as way to better understand herself and try to improve her life. So many times those insecurities can take hold and send us down a dark and destructive path. Myrna's path was to travel to India and study under the great spiritual leaders there. She's still traveling at the age of 74-- in fact, she just returned from a month-long trip to Asia.

Myrna's strength and resiliency is something to admire in this book. She describes her feelings of inadequacy without wallowing, and she approaches her study of religions with a clear head and inquisitive mind. She embraces her international travels even when they don't always turn out as planned (she picked up intestinal parasites on her first trip to India and suffered physically for years after). Readers learn about the conflicting messages of religion she picked up from both her parents and grandmother and how she set out to explore the mystical and mysterious religions of others, such as that of her friend Ravi. I enjoyed reading about her experience with Buddhism, gurus, Christian Science, and meditation, among other experiences. I loved that she didn't just accept the traditions and customs of each religion as being the right fit for her . . . she asked questions, trusted her gut instincts and searched for the way each experience could become more enlightened, even when it pushed her out of her comfort zone. As she told herself, "You want a spiritual discipline. You can't find that by reading books. You have to have the experience."

One of the chapters focuses on the text A Course in Miracles, which is described as "a self-study spiritual thought system." I asked Myrna about how she first discovered it and here's what she had to say:

One summer after my divorce I went to Edgar Cayce’s home base in Virginia Beach for a seminar on Finding Your Soul’s Purpose. My father, who had talked so much about Edgar Cayce all of his adult life, wished he could go. I went partly to tell him what it was like and partly as a step in my own spiritual search. Several people there talked about A Course in Miracles (ACIM) as being important for spiritual seekers. I believe it was that fall Ravi gave me copies of all three of the initial publication, noting that it sounded too much like the Bible for him.

I tried to read it on my own, but it was too difficult. A month after my partner Charlie died, I began taking classes at the Open Center in New York and later to Roscoe, New York, where the late Dr. Kenneth Wapnack, the most famous teacher of ACIM, had a center.

By the time I came to ACIM I had already studied both Hinduism and Buddhism, and had come to believe the later had “the truth.” The language of ACIM is Christian, narrated by Jesus, through a channel. The thought system it presents is close to Buddhism, but is theistic, an important asset for me.


ACIM’s process for forgiveness, different from how it is ordinarily understood, as well as its guide for relationships, have changed my life significantly.

God and Other Men is available in paperback at Amazon, Barnes & Noble, CreateSpace, and Indie Bound.
Posted by Renee Roberson at 4:30 AM