Book Review: Not the Mother I Remember

I enjoy reading memoirs, but they typically have to grab me within the first few pages to pique my full interest, as I usually have a substantial stack of different types of books in my "to be read" pile. Not the Mother I Remember, by Amber Lea Starfire, passed this test immediately with flying colors.

I worked with Amber a few months ago on the blog tour for Times They Were A-Changing, and was impressed by her writing style in the essay she contributed to the anthology she co-edited, "Altamont." The essay was originally written while she was working on Not the Mother I Remember, but she realized it just didn't fit in with the narrative and instead included it in Times They Were A-Changing, where it had a much better fit.

Review:
I began reading Amber Lea Starfire’s book Not the Mother I Remember on a Saturday afternoon and was already halfway through it before I went to bed that evening. Simply put, I quickly became immersed in the story of Jacqueline “Jackie” Carr, teacher, writer, and mother of six, a woman determined to experience all life had to offer, despite how it affected her relationships with her children.

The memoir begins with a preface describing how Starfire and her brothers make the decision to place their mother, suffering from Alzheimer’s, into an assisted-living facility. During the course of cleaning out her mother’s apartment, Starfire opens a storage closet and discovers boxes and boxes of her mother’s writing and correspondence. While elated at what she has found, she is also scarred from years of battling with her complicated mother and knows she is not yet ready to face the story behind who Jackie Carr really was. Only after her mother’s death in 2007 does she begin the arduous process of sifting through the letters and journal entries.

I found myself conflicted at different points in the book. For example, I was fascinated by the story of how Carr sold all her belongings after divorcing her husband and took two of her children (including the author, who was 10 years old at the time) on a 365-day world tour that included Ireland, Scotland, Spain, Greece, Turkey, Japan and many other places. But that fascination turned to disbelief as I discovered that Jackie also left her children with virtual strangers at different times throughout that year as she went off on separate adventures of her own. I questioned how a single mother during that time period could balance supporting herself and her children and be actively involved in as many things as she was. (The progressive Jackie also earned her pilot’s license at one point, purchased a small plane, and took Starfire and her brother on a whirlwind summer flying tour). 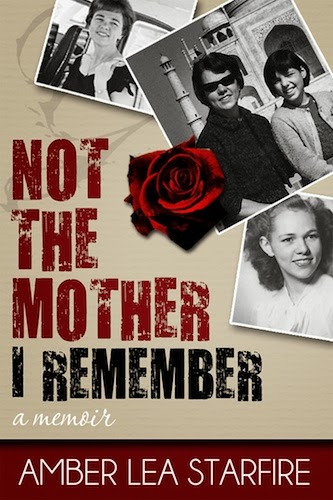 Starfire describes the mixed emotions she felt toward her mother as “the Tar.”

“Sometimes, when she pushed me too hard, it cooled and solidified and shone like brightly polished obsidian, with painfully sharp edges. And during those times we tried to make up with each other, it became watery and brown, weak as tea.”

What makes this book unique is how Starfire layers her own narrative with excerpts from Jackie’s letters and diary entries, which takes the story to a whole different level. She also includes photos, copies of her mother’s typewritten work history, real estate transactions, publishing history, travel excursions and more. Readers can also get a glimpse of an obituary that Jackie wrote for herself in 1998.

In the words of Jackie Carr:
“I played life as if it were a race with “winning” as the goal. I won: twenty-five years with one man, several mad love affairs, six children and sixteen grandchildren, two advanced degrees, eight books, travel around the world. I wanted to be financially secure. I won that race too. I loved winning just as I loved loving—for the feel of it.”

Not the Mother I Remember is no ordinary memoir, and because of this, I highly recommend it. Starfire’s writing is clear and strong and she tackles this difficult subject matter in a way that is both poignant and cathartic.

To learn more about Amber Starfire, visit her website www.writingthroughlife.com.
Posted by Renee Roberson at 12:32 PM No comments: 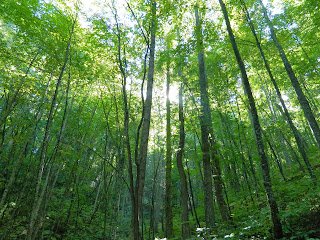 I've been mulling over what my writing goals will be for 2014, as I'm well aware that I need accountability in order to do what I actually say I'm going to do. I've read a lot of great posts lately regarding the best way to set up those goals, but while I get organized I thought it might be fun to look back at some of my "greatest hits" from 2013 to get me motivated! Here's a peek at what I was up to:

I'm continuing to work as editor of Little Ones, a bi-monthly parenting magazine based in Charlotte, NC. We put out some great issues this past year and I was blessed to make the acquaintance of many  area families and businesses, as well as work on some great human-interest and travel stories. Here's one of my recent articles.

Fiction
I worked on polishing up a flash fiction piece, In the Depths, for the WOW! Women on Writing Fall 2012 Flash Fiction contest and found out my entry placed in the top ten stories in March 2013. I was so excited to actually get recognition for a piece of fiction and it gave me a boost of self confidence that I needed to keep writing. You can read my finalist interview here.

Not long after that, I answered an ad for a blog tour manager with WOW! Women on Writing and got the job! I now work with two other lovely ladies, Jodi and Crystal, helping authors promote their books via virtual blog tours. It is such a joy meeting and working with authors from different genres and learning more about the publishing industry. It's been a win-win situation for me!

I finished writing and editing my middle-grade novel, Camp Big and Bright, and am now querying agents and publishing houses. I also turned the first novel I wrote several years ago into a YA for National Novel Writing Month, and am now ready to begin editing!

Conferences
In April I traveled to Raleigh, NC to attend the Write Now! Conference and had a great time meeting other North Carolina writers and getting new ideas for the non-fiction writing side of my business. At the end of September I was fortunate enough to attend the Society of Children's Book Writers & Illustrators Conference here in Charlotte, where I spent two and half days immersed in everything agents, authors, queries, and writing for children. It was a great experience and I can't wait to go back in 2014.

And a few of my favorite posts from The Muffin, the WOW! Women on Writing blog:
Dear Manuscript: It's Not You, It's Me
A Fictional Finale
What 80s Movies Have Taught Me About Writing
The Hunt for a Great Human-Interest Story

What are some of your "greatest hits" from the past year?

Posted by Renee Roberson at 12:55 PM No comments: