A Resourceful (but Renegade) Writer 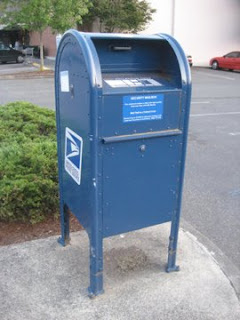 I have a secret to confess. I collect books about writing -- particularly freelance writing. Some of them I won through contests and giveaways, others I purchased on my own. I mine them for information on how to be a more productive, prolific and profitable writer.
Yes, I understand if I spent less time reading and more time just writing and submitting, I'd probably make more money. I've been trying to do a lot more of that lately. Still, it's good to peruse the old favorites every now and then. You never know when inspiration for a good story idea will strike, and luckily I've been filled with ideas lately!
I was scanning The Renegade Writer by Linda Formichelli and Diana Burrell today and noticed some ways I've let my inner renegade shine through this week. One, I didn't send one query out via snail mail, although most writer's guidelines still advise that as the best way to reach editors. Instead, I became an "e-mail detective" and tried to pinpoint which editors at the publications would be most interested in my queries. By the way, do you know how difficult it is to find the aforementioned e-mail addresses? Those things aren't published to the general public for a reason. It takes a lot of persistence and research to actually find the right editor and the right e-mail address and still get the query out before the story idea becomes outdated. I hope that my "Renegade" self is proud of the formerly nervous, apprehensive, "play by the rules" writer that used to live here.
Querying national magazines does take a lot of research, but it can get costly to get your hands on six back issues of a magazine before sending out a query. I'm fortunate that my husband has access to several national magazines at his job, and I have not one but three great libraries within a 10-mile radius of me. One day last week, I actually sat in the children's section of the library taking notes on all the stories a children's magazine recently published so I could get a better idea of their needs. Being a resourceful renegade is my success story for the week. I'd love to hear about your adventures in freelance writing this week!
Posted by Renee Roberson at 12:52 PM No comments:

The Best of Me (Part One) 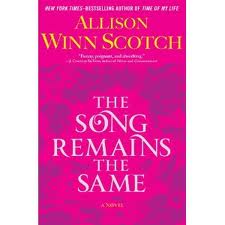 I recently finished reading the book "The Song Remains the Same" by Allison Winn Scotch. The narrator of the book is Nell Slattery, a thirty-something New Yorker who is one of two survivors of a plane crash. The catch? She has absolutely no memory of who she was before waking up in the hospital, and must rely on some questionable family members and friends to help her put the pieces back together. Nell's sister puts together a playlist on an iPod titled "The Best of Nell Slattery," and the music gradually sparks memories of the events that shaped Nell's life. As I read the book, I started thinking of what my own life playlist would look like.
There are so many artists and songs in a variety of genres that I could say accompanied me on my journey so far. I don't even know that it's possible to narrow it down, but I'm going to try and mix up the upbeat and depressing songs that always make me stop and take pause when I hear them. In fact, there are going to be so many songs that I'm going to divide this post into two parts -- the first 18 years of my life and then college and beyond. And I want to know, what would be on your life playlist and why? 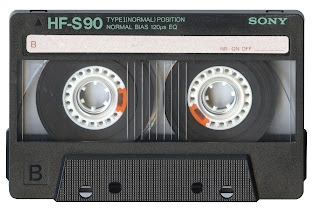 1. "The Tide is High" by Blondie. The opening notes of this song instantly take me back to my childhood in Texas, hairbrush microphone and all.
2. "We Got the Beat" by The Go-Gos. Another great dance number.
2. "Time in a Bottle" or "I'll Have to Say I Love You in a Song" by Jim Croce, an artist who left this world way too soon. My stepfather shared a great deal of his favorite music with me when I was a child and Croce was always one of our favorites. I can't hear either of these two songs without instantly tearing up.
3. "American Pie" by Don McLean. And "Vincent." These are just two great examples of magnificent songwriting -- basically poetry set to music.
4. "Go Your Own Way" by Fleetwood Mac. Okay, it's honestly difficult to pick just one of their songs to go on my playlist. I'd really need to put the entire "Rumours" album on there, and "Beautiful Child" from "Tusk."
5. "Jessie's Girl" by Rick Springfield. That's right. Raise your hand if you DIDN'T want to be Jessie's girl?
6. "Just What I Needed" by The Cars. My parents were huge Cars fans and I don't remember a time not listening to them. I loved Ric Ocasek's dark glasses.
7. "La Isla Bonita" by Madonna. I was a huge Madonna fan in the 80s and early 90s, so it's hard to narrow it down on this one. But I do have a great memory of singing this during our sixth-grade end-of-year chorus concert. It was a blast. And the boy I had a crush on that year played a mean air guitar during that number.
8. "Hazy Shade of Winter" cover by The Bangles. I still can't watch the movie "Less Than Zero" without getting severely depressed. But Andrew McCarthy and Robert Downey Jr. make it doable.
9. "Runaway Horses" by Belinda Carlisle. Again, lots of dancing, singing and writing really bad poetry during this era.
10.  "Smells Like Teen Spirit" by Nirvana. I consider this an appropriate segue into the college years.

And of course . . . a discussion on how music influences my writing to come later!

Posted by Renee Roberson at 2:09 PM No comments: